It seems nowadays, many of the best restaurants in the world are located in small towns or countryside that no one can locate on the map. Such is the case for Mirazur. Hidden in a tiny seaside town called Menton, in the French Riviera, this beautiful restaurant sits on the edge of the France-Italy border. Menton was never on our list of places to visit. The sole reason we were here was to film the lemon documentary.

As a result, we were extremely grateful to have had the chance to dine at Mirazur. Because to this day, it is still THE BEST MEAL WE’VE EVER HAD! What made it even sweeter was that our 2nd marriage anniversary coincided with our stay in Menton. It’s going to be hard to top this one.

The restaurant, being on the hillside, provides a panoramic, unobstructed view of the magnificent Mediterranean Sea. It was particularly mesmerizing during sunset as golden orange hues radiate into the dining room. 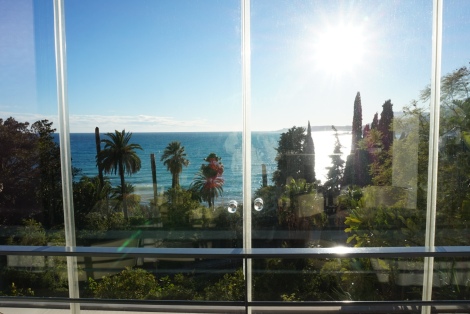 The captain behind the helm was none other than Mauro Colegreco, an Argentinian chef who honed his skills in top-rated restaurants in France.

His cuisine is influenced by the abundance of the Mediterranean Sea, and the remarkable produce from the neighboring Piedmont region of Italy. 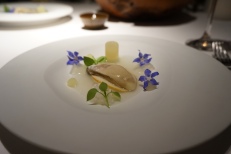 The progressive menu exhibited an exemplary balance of land and sea.

Chef Colegreco strayed away from the usual protein of pork, chicken, and salmon. Instead, he masterfully utilized ingredients such as razor clams, pigeon, squid, and lamb belly.

Not only was the food flawless, the wine was equally brilliant. Wifey usually doesn’t have more than one glass of wine with her meal. But that night, she made an exception.  With wine this impressive, it’s hard to stop at just one glass. 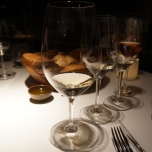 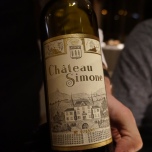 We didn’t want the night to end. The food was too good and the wine too delicious to say goodbye. But alas, we had to stop as our stomach was aching with content and our heads spinning with alcohol. 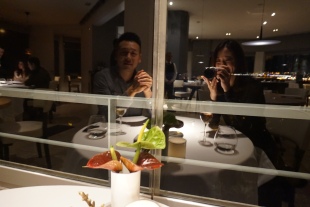