hong kong is known for its milk tea, you can thank the brits for that. it is said that the best milk teas are brewed using a secret combination of different black tea leaves. the exact recipe is still a mystery to us, and to most people for that matter. but using regular black tea leaves like pu er or ceylon works just as fine. also, rather than using regular milk, condensed milk is preferred, especially the black and white brand.

the smoothness of the tea comes from using a filter sack that resembles a used pair of pantyhose. hence, it is sometimes called “silk stocking milk tea” or 絲襪奶茶 in chinese. now, we’re not going to waste a good pair of pantyhose to filter the tea (priscilla will not be happy about that), we’ll leave that to the professionals. we used tea bags instead to make things easier.

ginger milk tea is rather uncommon. you probably won’t find it in most areas of hong kong. the first time we had ginger milk tea was in a cha chaan teng in tap mun, or grass island. the ginger gave the tea a unique fragrance and spice. but it’s completely optional. you can still brew a good cup of milk tea without adding the ginger juice by following the recipe below. 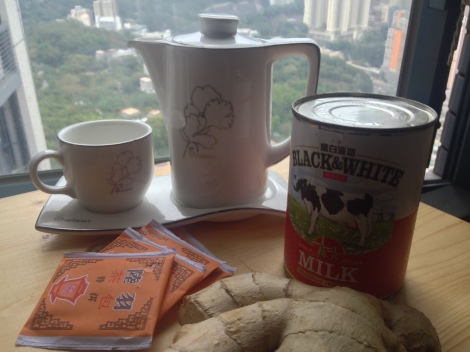 black and white brand of condensed milk is the preferred choice

use a spoon to press 2 tsp of ginger juice 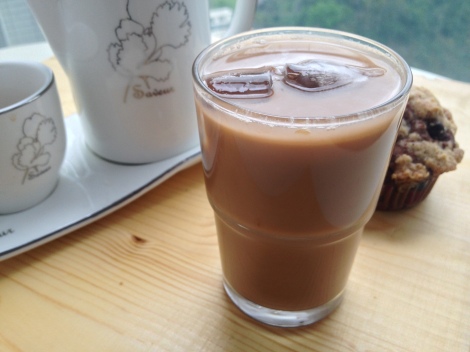